Did you know that Budapest is considered as Eastern Europe's most fascinating travel destination? The city is famous for its mineral baths - Szechenyi Bath is the most popular amongst them all. Hungary's Parliament, a beautiful building next to the Danube river, was built for the 1000th anniversary of the city, architecture influenced by the London Parliament. Take a look at the Mighty Chain Bridge , the first permanent first stone-bridge between Buda and Pest. Thee Buda Hill Funicular, Budapests' popular railway, connects the Bridge and Castle Hill. And in case of bad weather, don't worry, we can organise a nice treasure hunt in the covered Great Market Hall, situated in Budapests' shopping street.

Further down the page: Read about our company * DMC news. There is also a map of our country and our latest Budapest news.

This email address is being protected from spambots. You need JavaScript enabled to view it. 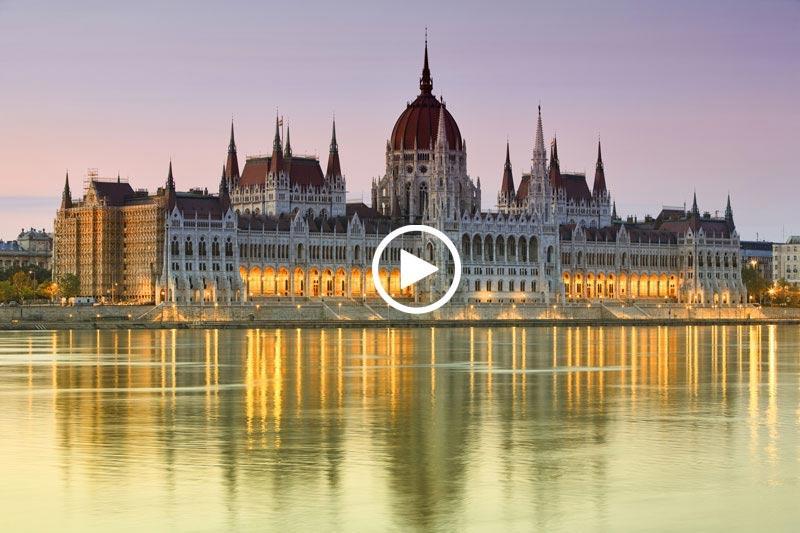 House of Parliament
As the millennial celebrations of 1896 approached, the House of Parliament was built. The Palace of Westminster in part inspired the design, but a well-known Hungarian architect, Imre Steindl, laid out the plans in their entirety. The building stretches 268 meters in its length, along the Danube embankment. Ornamented with white neo-gothic turrets and arches, it forms the most outstanding landmark of the Pest side horizon.

Royal castle
The Castle Palace, was almost ruined in 1686, and rebuilt in the 18th century, when it became the residence of the Palatine. The extensive buildings were badly damaged in the Second World War. After decades of restoration work, in the course of which it was possible to preserve many medieval and Renaissance structures, individual sections are gradually being opened up to the public.

Gellert Hill
The panoramic Gellért Hill, forms a striking part of the landscape of Budapest. Names after a Benedictine monk, the hill is like a block of dolomite, the east flank of which falls steeply down to the Danube, while the west side consists of terraces. Several medicinal springs emerge which supply the Gellért Baths, Rudas Baths and Rác Baths.
Parts of the Citadel, built by the Austrians on the summit of Gellârt Hill after 1851, are open to the public.

Margaret Island
Margaret Island is undoubtedly the main local recreation center for the people of Budapest. Already used by the Romans, is was where the monks built monasteries and churches. In the 18th it was completely landscaped.
Thermal springs, space for sports and games, beautiful gardens, and the remains of buildings which play a significant part in the history of the town, all serve to attract many visitors every day.

Fishermen's Bastion
On Castle Hill, at the spot where in the Middle Ages the fishermen had their defense installations, the Fishermen's Bastion (Halászbástya) was built behind the Matthias Church between 1895 and 1902. Its towers, colonnades and embrasures, which were designed in Neo-Romanesque style by Frigyes Schulek, were renovated a few years ago. From the bastion there is a magnificent view over the city and the Danube.

Discover Pest, the pearl of the Danube

-Visit to the St. Stephen Basilica

-Visit to the Parlament

-Panoramic tram ride to the

We are a DMC company founded in 2006.  With offices in Budapest, Prague, Bucharest, Bratislava and Vienna we are right here to organise your events in Central Europe.

We always try to exceed your expectations to make you shine in front of your clients.

How do we achieve that? By making innovation and creativity are our main assets! We are here to help!

Welcoming and offering good value for money, Budapest has a huge potential for MICE group organisers.

Each year in April, the city of Budapest welcomes visitors with a line up of events - covering arts, music, dance, contemporary circus and theatre. With both famous Hungarian performers and well known world stars, the festival is a very special event.

For your group visiting the festival, we can for excample organize city tours and programs with classical music concerts als special element.